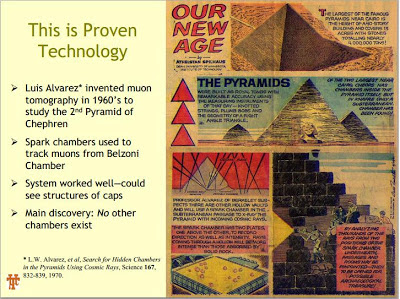 In Predicting the Future, the steamrollers, one realizes that Moore's law is interesting but somehow we cannot point to a specific instance as to why this is really interesting. Let's shine some light in that direction.

When David Brady talks about Coded Aperture X-Ray Scatter Imaging, one gets the impression that at some point in time, one could use scattering as a supplemental information to, potentially, extract hyperspectral information in CT-scans. That information is not going to be easy to extract in bulk measurements but one senses that this is because it involves a more complex modeling. That modeling is only accessible with better and faster computational power.

In a similar line of thought, it is interesting to see how the improvement of computational power has also transformed muon tomography imaging.  In Imaging Damaged Reactors and Volcanoes, we noted how the use of  a more advanced reconstruction algorithm [18] permitted the imaging of a relevant information.

The starting point of muon tomography technology can be traced back to Luis Alavrez's [22] negative results on the possibility of the Egyptian pyramids holding another chamber  [23]. At that point in time, the technology could reconstruct image using an attenuation argument. While detectors were getting better, the real breakthrough lied with the possibility of utilizing scattering simulation from Monte Carlo codes like MCNP or GEANT4. With that information one can evaluate whether or not the material being interrogated by muons contains high-Z material in it. And indeed, in the initial study for the detection of potential Fukushima corium [18], scattering seems to provide this additional bit of information that attenuation studies alone cannot provide. Current reconstruction algorithm taking into the coulomb scattering can be found in [5,6]. 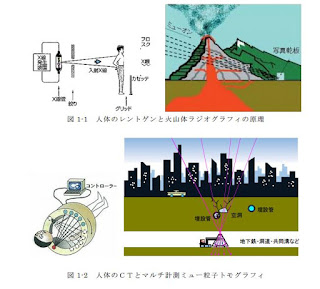 For those interested, here is a rough survey of the type of problems being investigated with muon tomography. Let us note that some of the attenuation only experiments are very recent as they focus on the mapping of civil engineering structures and void underneath them, a subject of considerable interest: 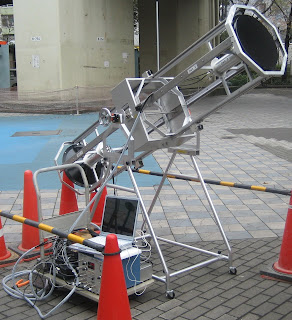 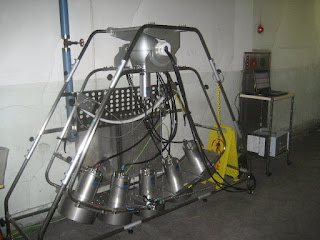 Liked this entry ? subscribe to Nuit Blanche's feed, there's more where that came from. You can also subscribe to Nuit Blanche by Email, explore the Big Picture in Compressive Sensing or the Matrix Factorization Jungle and join the conversations on compressive sensing, advanced matrix factorization and calibration issues on Linkedin.
By Igor at 10/28/2012 06:21:00 AM