Planet Lila was found today and it is bigger than Pluto. But what is more amazing is that there was second announcement yesterday about another planet called 2003 EL61 and they are not the same. What are the odds of finding two planets in the solar system in less than a day ?
By Igor at 7/29/2005 06:40:00 PM No comments: 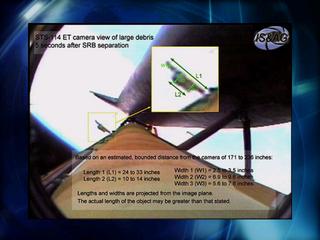 fell off the main booster tank 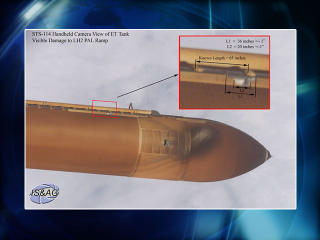 has not affected the belly of Discovery

Using a larger pool of talent to refine your models 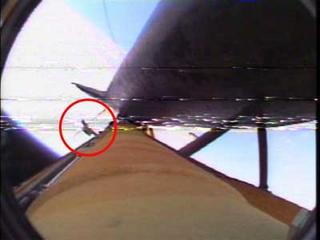 When debris flew off Discovery, NASA was surprised about the type of debris that fell off during launch even through they had spent some time to reduce this type of occurence. This is a true statement about how many uncertainties they have to deal with. Another poorly understood process is that of debris falling when they reenter the atmosphere. What is pretty astounding is that the data generally used to detect tornadoes could be used on February 2, 2003 to see real-time the plume made the disintegration of the orbiter. 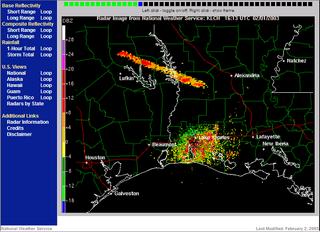 While I am pretty sure that these data are being used to refine debris reentry modeling, it is quite exceptional that one can have access to this type of data. With the Python module pyRadar, I am pretty sure an active tornado warning system could be designed somewhat easily using a larger pool of talent.
By Igor at 7/25/2005 04:10:00 PM No comments: 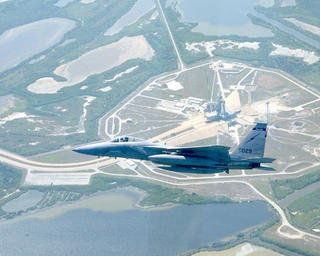 In my first entry in this blog, I made the plea for better and cheaper maps. That was a year and a half ago. Now Google, has come up with two different services that enable pretty much everybody to superimpose additional layer of data on maps and satellite imagery. 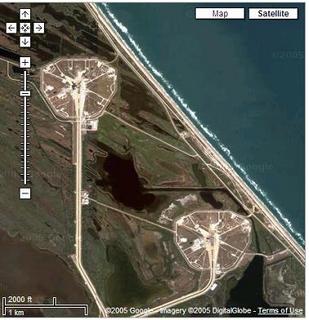 The services are Google Maps and Google Earth. The first service has an API that allows people to use it and add features to the initial service provided by Google. Google Maps Mania lists all these new ideas and the amount of them keep on growing everyday. The space shuttle Discovery lifted off yesterday and one can already see bow different aspect of these services can be used, first one can see where the launchpad was. The same capability can be used to figure out the location of the International Space Station and the Shuttle. Other examples putting meaning and geography together can be found here and there. Fascinating. One can always think of other type of data to be added or how it can be used to tell a story such as that of the Grand Challenge 2004 as John Wiseman did.
By Igor at 7/15/2005 09:44:00 AM No comments:

And you thought your day was bad 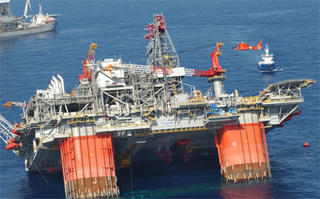 In September of last year, I was mentionning the issue of a perfect storm compounding high interest rates, oil platforms, hurricanes and high oil prices. Well, it is not getting any better:

- First, the Saudis warn of shortfalls as oil hits $61

Email ThisBlogThis!Share to TwitterShare to FacebookShare to Pinterest
labels: energy

Python is your friend 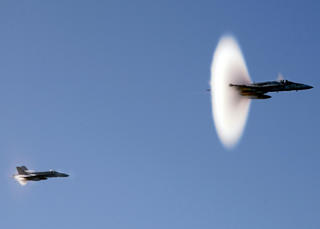 Looks like some of the reasons we chose Python for the Grand Challenge race are very similar to the ones Google is using to build its own business.
By Igor at 7/15/2005 03:53:00 AM No comments:

Email ThisBlogThis!Share to TwitterShare to FacebookShare to Pinterest
labels: python

WITS, a collection of links to choose wavelets and other related functions.

Ths WITS lists a pretty complete collection of links to functions such as wavelets, ridgelets, curvelets, contourlets, bandelets and other beamlets. With the increase in the number of families of functions needed to study higher dimensional spaces (above 1), it is a very good idea. Some of these codes are available in matlab.
By Igor at 7/15/2005 03:37:00 AM No comments: