Server side scientific software as a way to try out an algorithm's popularity ? 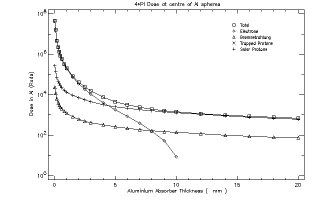 I was recently asked about how one could try to test the attractiveness of an algorithm one had devised and see how it was used by users. Generally, people want to be free to toy with an algorithm, so giving them an implementation of an algorithm is fine but how do you do feedback ?

Some of the models I have seen over time include examples such:

All the previous examples use Matlab as a way to remove the complexity of having to deal with different customer's platforms. It certainly does not work well when Matlab versions change. For instance, Carrie Grimes shows us that Matlab Revision 12 and Revision 13 do not handle eigenvectors (eigs.m) the same way. These methods are fine in order to enhance people's understanding of the capabilities of your algorithm, but there are other issues to consider. If you want to improve that same algorithm in order to fit into a specialized area of expertise or several areas of expertises, then the complexities of the previous solution carry a tremendous implementation and platform knowledge burden. In particular, what do you do when you have improved the algorithm ? In most cases, you have to publish a new version of software and hope that your users are tracking your web page or that you were wise enough to have set up a mailing lists and thenhope that all your users still have the same e-mail addresses. Mailing lists handling, in my experience, is a pain and takes away time you should be focusing on the algorithm. Last but not least, you also need to make sure your new algorithm works perfectly on different platforms.

Another way to go about this and avoid the upgrade nightmare is to evaluate the possibility of having a server side software like the Argonne optimization server and provide a GUI that anybody can use. There, computations are performed on somebody else's computer provided that you send the right batch job. An example would be the interactive demo on the simplex method.

Another example with a GUI is Spenvis (a software that provides a way of quantifying radiation doses to spacecrafts while in orbit.) To see how it works, you might need to take a look at it by creating an account. There, you are never running the models on your machine and therefore do not have access to the models except through their reference number. You can run different models and play with many different parameters. If this is an important application, customers may want to pay a licence to use and keep the data on their accounts. They may even ask for a freezed version of the current server side computation. It is also very likely that if a new use of your algorithm arises, an account holder/client might provide a useful input as to what needs to be added to the application to make it appealing to a larger audience. This is not a new idea, Paul Graham lists the reasons why this server-side business is promising in his now famous essay "Beating the averages"

I was initially thinking about implementing something like this server side algorithm for a multilayer algorithm but let's take an example in the space business. If one were to design orbits for spacecrafts performing remote sensing imagery, one could use the different tools offered in the Google Maps API to project these orbits on earth using examples such as these:

* a simple Spacecraft tracking,
* or the shadow of eclipses on the ground,
* or the map of Robotic car race which uses polylines,
* or finally a map of Nuclear detonation which uses an image superimposed on maps.

But why stop at 2-d imagery, when Google Earth provides a 3-d view. 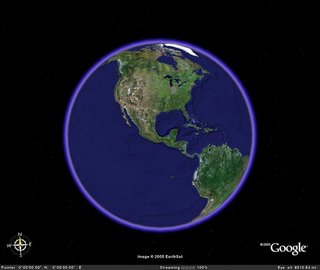 * With very little capability you can produce output similar to commercial products such as STK thanks to a third party product like Google Maps.
* If you have a good algorithm, it would be of tremendous help to designing a good API.

And don't forget, your initial crowd of users might be students at colleges and universities. You might use the WOW factor to initiate a good following. Wowing examples can be found in the following references ([1], [2],[3], [4])

Small businesses must meet certain eligibility criteria to participate in the SBIR program.

Phase I is the startup phase. Awards of up to $100,000 for approximately 6 months support exploration of the technical merit or feasibility of an idea or technology.

Phase II awards of up to $750,000, for as many as 2 years, expand Phase I results. During this time, the R&D work is performed and the developer evaluates commercialization potential. Only Phase I award winners are considered for Phase II.

Phase III is the period during which Phase II innovation moves from the laboratory into the marketplace. No SBIR funds support this phase. The small business must find funding in the private sector or other non-SBIR federal agency funding. .. 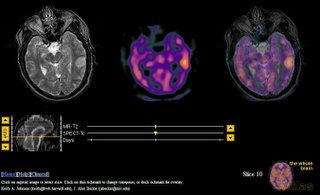 This is interesting: Andrew Meltzoff and Rechele Brooks at University of Washington came up with new results on how kids learn how to talk. In this new study they show that...

"The sounds they are making are very simple, but some children are looking and making these sounds spontaneously," said Brooks. "They are creating a social interaction or a link. There seems to be something special about the vocalization when they are looking at the toy. They are using social information to pick out what we are focusing on. They can't vocalize words, but they are carefully watching where we are looking. We think they are using social information and getting a boost in figuring out the social and language world together."

"Although the babies are too young to talk to us, those individual babies who are most attuned to our eye gaze are the same babies who pick up language faster more than half a year later," said Meltzoff. "This is a fascinating connection between the social and linguistic world and suggests that language acquisition is supported by preverbal social interaction.

"To do this a baby has an important social regularity to master: follow mom's eyes and you can discover what she is talking about. This study shows that babies first master this social information between 10 and 11 months of age, and it may be no coincidence that there is a language explosion soon thereafter. It is as if babies have broken the code of what mom is talking about and words begin pouring out of the baby to the parents' delight," he said.

The UW researchers are following the same group of babies to see if gaze-following and vocalization at an early age predict increased language understanding and use at 24 and 30 months of age..."

In the study of autism, scientists generally believe there is a dysfunction of the eye tracking of faces. This is all the more important since, for babies, watching faces and gestures is the elementary process that enables learning as shown in another paper by Rao and Meltzhoff. In short, researchers think that the deficiency in face tracking is responsible for an inability to learn much about social cues and even language yielding to diagnosis of Austim or PSOD.

using event-related functional MRI (fMRI), we show that in autism, brain regions involved in gaze processing, including the superior temporal sulcus (STS) region, are not sensitive to intentions conveyed by observed gaze shifts.... We conclude that lack of modulation of the STS region by gaze shifts that convey different intentions contributes to the eye gaze processing deficits associated with autism. 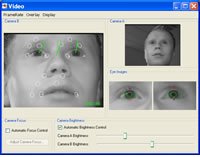 Tex-Mems now has a web site 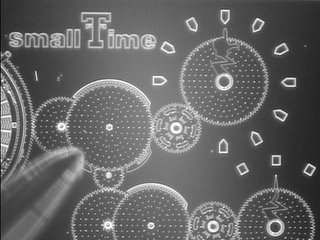 It is facinating, in a matter of four days, one hears about two drugs that could have a significant impact on neurofibromatosis (NF-1.) First there is this announcement that fumagillin could be used to dramatically shrink tumors associated with the the NF1 condition. And second, that Lovastatin, a drug used for reducing the amount of cholesterol and certain fatty substances in the blood could be used to bring back some fo the major cognitive impairements of people affected by NF1. There are other clinical trials for other drugs. This is a stunning development for what is considered a orphan disease.
By Igor at 11/09/2005 10:26:00 AM No comments: 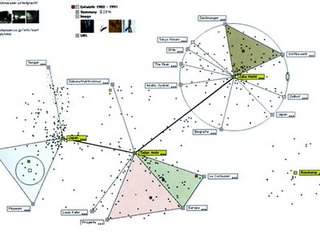 Through fluctuat.net, I found the following web site that displays many different solutions to displaying the complexity of networks. I am trying to use Google map to map the current bird flu and how it propagates and I am not sure how certain data should be displayed. This should help.
By Igor at 11/01/2005 11:21:00 AM No comments: