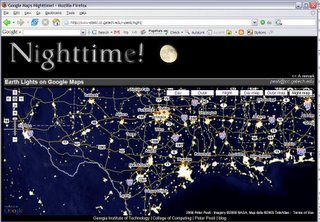 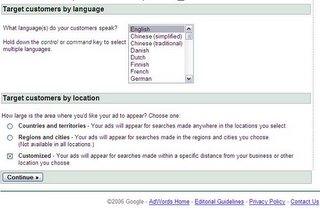 Adwords program (here some of the screen grab of the application within Adwords). 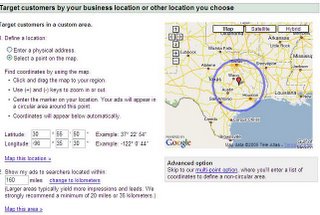 On another note, if one were to have a very high resolution camera, one could shoot a high definition picture and use the same Google Maps interface to go into the details of that picture (like in the following game using Google Maps). More information on how to introduce a custom map into Google maps can be found in GoogleMapki. This possibility offers other avenues,. For instance, if one were to have an HDTV camera, one could patch different pictures from a scene (every picture is taken at 1/30 th second) and have the Google interface allow navigation through it. One cannot but think that a similar system would work well for Nat's world (a program designed to help Autistic kids know their environment by navigating through it.)
By Igor at 2/18/2006 07:20:00 AM No comments:

Safety is our job Number...errr... make that Number 6 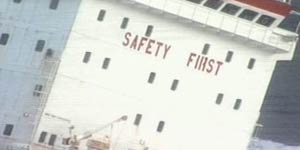 Some time ago, two tankers collided off the French coast on the English Channel. Here is what happens when corporate speak does not mean what it should mean. This tanker sank with all its phosphoric acid payload. (here is another example)
By Igor at 2/02/2006 07:14:00 AM No comments: