Here is a new algorithm using the fact that the underlying signal is sparse in order to perform faster operations such as DFT in this case ( the faster FFTs are listed under the FFT tag ). 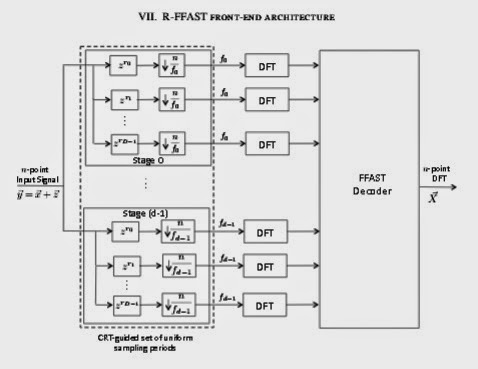 
The Fast Fourier Transform (FFT) is the most efficiently known way to compute the Discrete Fourier Transform (DFT) of an arbitrary n-length signal, and has a computational complexity of O(n log n). If the DFT X of the signal x has only k non-zero coefficients (where k < n), can we do better? In [1], we addressed this question and presented a novel FFAST (Fast Fourier Aliasing-based Sparse Transform) algorithm that cleverly induces sparse graph alias codes in the DFT domain, via a Chinese-Remainder-Theorem (CRT)-guided sub-sampling operation of the time-domain samples. The resulting sparse graph alias codes are then exploited to devise a fast and iterative onion-peeling style decoder that computes an n length DFT of a signal using only O(k) time-domain samples and O(klog k) computations. The FFAST algorithm is applicable whenever k is sub-linear in n (i.e. k = o(n)), but is obviously most attractive when k is much smaller than n.
In this paper, we adapt the FFAST framework of [1] to the case where the time-domain samples are corrupted by a white Gaussian noise. In particular, we show that the extended noise robust algorithm R-FFAST computes an n-length k-sparse DFT X using O(klog ^3 n) noise-corrupted time-domain samples, in O(klog^4n) computations, i.e., sub-linear time complexity. While our theoretical results are for signals with a uniformly random support of the non-zero DFT coefficients and additive white Gaussian noise, we provide simulation results which demonstrates that the R-FFAST algorithm performs well even for signals like MR images, that have an approximately sparse Fourier spectrum with a non-uniform support for the dominant DFT coefficients. 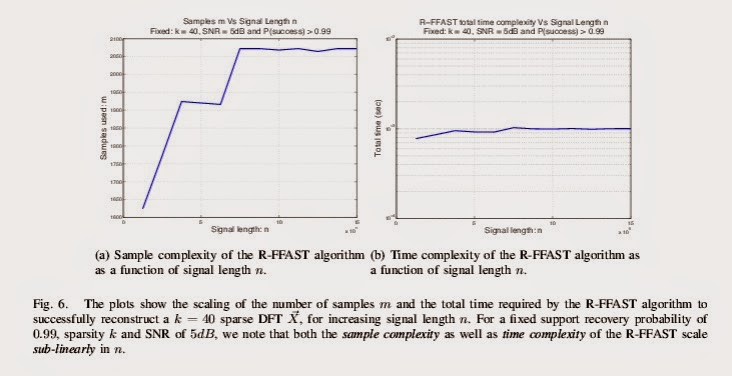