Nuit Blanche by the Numbers

Today marks the fourth year since the Compressive Sensing Group on LinkedIn was founded and 1,709 people are part of that conversation.

From the stats of the discussions and comments, it looks like some activity started once we reached a critical mass of about 400 people 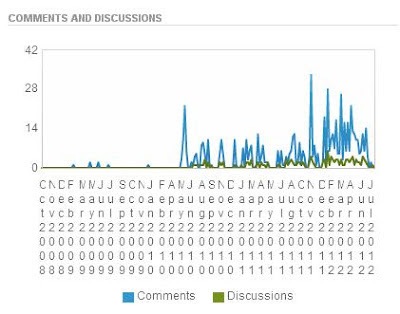 We are today also reaching that same number of 403 for the Advanced Matrix Factorization group, let us hope that some conversation gets going there as recommender systems are taking a larger place in much of the IT world these days.

There are also two smaller groups that might be of interest to the readers of this blog: The Calibration Club with 26 people and the Gaussian Belief Propagation: Theory and Practice with 60 people. In the former, we are interested in issues of sensor and hardware calibration beyond least squares, i.e. what are the new methods using sparsity and related low-rank concepts to perform better faster and calibration of sensors and different hardware. The latter group is focused on issues related to all things related to what is now called AMP solvers and their applications.

If you like Nuit Blanche in general and the diverse conversations it has enabled, I don't mind if you write a small recommendation for me on LinkedIn.
I also stumbled on another "milestone" while adding up the three feeds from feedburner (they all subscribe to the same stream), Nuit Blanche is now followed by

..As of yesterday, it added up to 2000 feed readers while 440 readers receive every entries in their mailboxes every day.

you can subscribe to the Nuit Blanche feed here.


The Google +1 amount to 37 for Nuit Blanche and went as high as 8 for this entry. 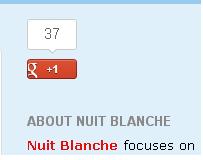 Eventually, the real question is: when is Nuit Blanche going to reach 5 million page views ?

Email ThisBlogThis!Share to TwitterShare to FacebookShare to Pinterest
labels: Csstats