SKA as an Atmosphere Monitoring Station ? 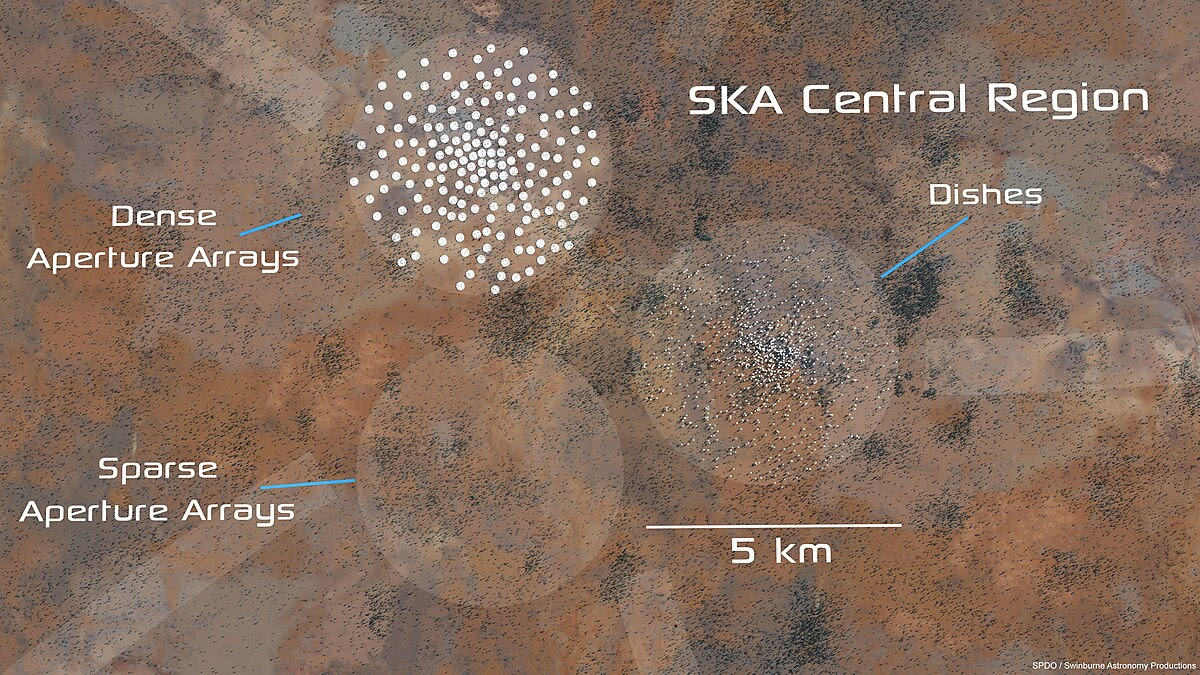 njh, an anonymous commenter mentioned the following in the comment section of the recent SKA job announcement:

This seems as good a place to suggest this as any, with a non-zero chance of someone who can answer actually hearing: I recall that radio telescopes don't operate during the day due to the noise from the sun. If the surface were 'visible light reflective' these telescopes would focus sunlight and these already have a tracking system built in. Is it practical to make this array have dual purpose of radio telescope by night and solar generator by day?
Back of the envelope says that the SKA would produce 700TJ = 200GWhr if it is located mostly in desert areas with clear skies.
(photovoltaic panels have a conductive layer on the front, perhaps even the non-tracking arrays could serve dual purpose)

Njh,
What surface area did you take for that back of the envelope computation ? Plus, there is the whole line loss between this location in the desert amd more populated areas
Let us also not forget that a power infrastructure would probably have some impact on the science aspect of the project even if they don't work at the same time.
Igor.

to which njh responded added:


Hi Igor,
I was using their claim of 1 square kilometer - I was under the impression that for photon capture the resolution is set by the baseline (hence the idea of using telescopes around the world), but the sensitivity is set by the aperture, which is the amount of mirror area. Thus, when they call it a square kilometer array they mean it has a surface area of 1km^2, rather than its effective diameter. I agree about the power infrastructure, but I figured that the array itself would probably require a considerable amount of power. Long distance power transmission has improved steadily and 2000km is now considered very tractable - that's Algiers to London.
To keep this on topic, consider the dual problem: can we use the power fluctuations of large scale PV and window power to measure climate change?

njh must be refering to The Accidental Single Pixel Camera which in that case is really about imaging the Sun and the atmosphere in between. There ought to be some interesting information out of that. But without looking at the Sun and the power station capabilities, normal operation of the SKA during daylight ought to provide some information on the atmosphere above it. 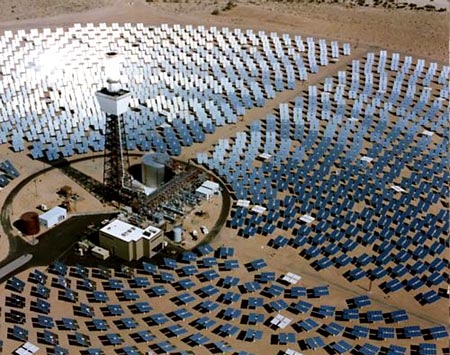 Thanks njh for the thought, let me add this idea shortly to the list of Technologies that Do Not Exist

Email ThisBlogThis!Share to TwitterShare to FacebookShare to Pinterest
labels: accidentalcamera, These Technologies Do Not Exist

As someone who works on the SKA and on one of its pathfinder instruments (MeerKAT), as well as on the DOME project advertising the postdoc position, I feel obliged to respond :-)

Radio telescopes *do* operate during the day, even if it is just to make the optical astronomers jealous (although they have the last laugh when you see how weak astronomical radio signals are). The Sun is not that big a problem to first order as our typical dishes are only sensitive to a one-degree patch on the sky and they can avoid the Sun during observations. Some very sensitive observations might still need to remove a tiny contribution from the Sun by the appropriate modelling.

A ballpark number for the solar energy received on the Earth's surface is 1 kW per square meter. A square kilometer would therefore receive 1 GW. Given that the Sun is only up half the time and blithely ignoring clouds and other inefficiencies we have the potential for a 500 MW power plant. While this is large for a solar plant, it is below average for a coal-fired plant. The project will also need substantial additional funding to turn it into a solar plant. Maybe an idea for when the SKA retires? :-)

To comment on Igor's statement that normal operation of the SKA during daylight ought to provide some information on the atmosphere above it: this is true. The radio signals to be received by the SKA (during the day or night) will mostly be affected by disturbances in the ionosphere and to a lesser extent by water vapour in the troposphere. These (unwanted!) phase drifts and attenuations have to be modelled and calibrated out to obtain a clear image. This is typically done in conjunction with direct atmospheric measurements using GNSS satellites and water vapour radiometers.