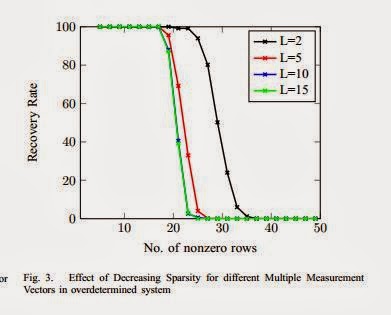 I note from the paper:

Isn't it time, we devise a universal phase transition diagram for MMV computations ? At least some people on the experimental side could see if it fits the best that can be achieved numerically.

The implementation is on Matlab Central