So today, our emphasis is on group testing, here is what we could find in the past two months on the subject on Arxiv. I sure would love more of the authors to make an implementation of their work available especially since now it looks like we have gone beyond the asymptotics games.
\ 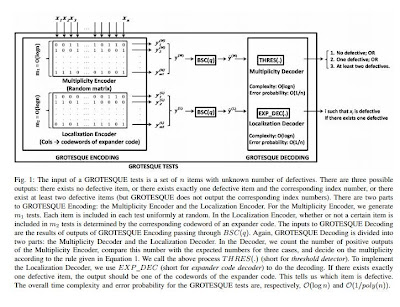 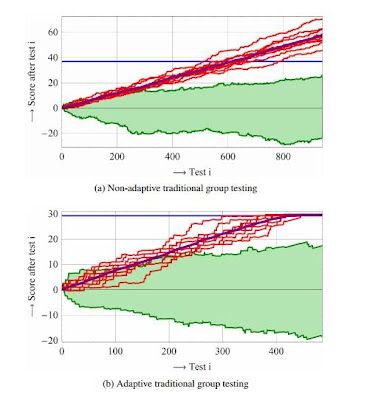 Inspired by recent results from collusion-resistant traitor tracing, we provide a framework for constructing efficient probabilistic group testing schemes. In the traditional group testing model, our scheme asymptotically requires T ~ 2 K ln N tests to find (with high probability) the correct set of K defectives out of N items. Several other models are also considered, such as some noisy group testing and threshold group testing models, but we emphasize that this framework can be applied to many other variants of the classical model as well, both in adaptive and in non-adaptive settings. 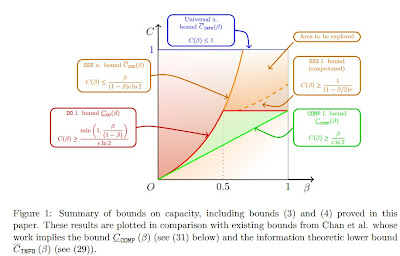 We consider the problem of non-adaptive noiseless group testing. We develop several new algorithms and analyse their probability of success. In particular, we describe the Definite Defectives (DD) algorithm, and prove bounds on its probability of success, comparing it to the best known algorithms in the literature. Further, we describe the SCOMP algorithm, and perform simulations which show that it performs even better than the DD algorithm. Finally, we derive upper bounds on the success probability for any algorithms based on a Bernoulli sampled test matrix. We analyse the normalized number of tests required, in terms of information theoretic capacity. In certain regimes we argue that in an asymptotic sense the DD algorithm is optimal, and that less sparse problems (more defectives) have a larger `adaptivity gap'.