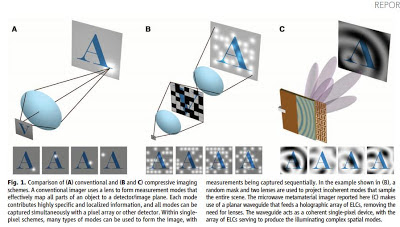 
By leveraging metamaterials and compressive imaging, a low-profile aperture capable of microwave imaging without lenses, moving parts, or phase shifters is demonstrated. This designer aperture allows image compression to be performed on the physical hardware layer rather than in the postprocessing stage, thus averting the detector, storage, and transmission costs associated with full diffraction-limited sampling of a scene. A guided-wave metamaterial aperture is used to perform compressive image reconstruction at 10 frames per second of two-dimensional (range and angle) sparse still and video scenes at K-band (18 to 26 gigahertz) frequencies, using frequency diversity to avoid mechanical scanning. Image acquisition is accomplished with a 40:1 compression ratio. 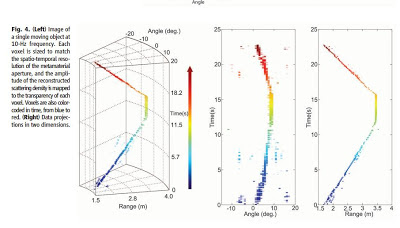 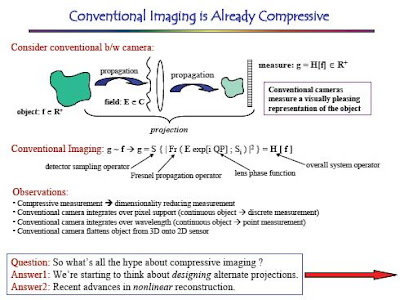