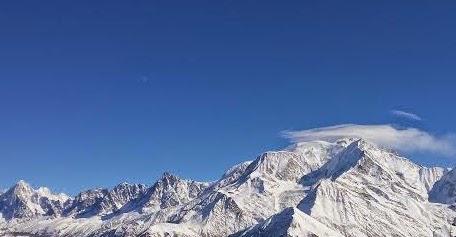 Dear Igor,
I hope you are doing fine !
I recently read the following paper:

which uses techniques such as the Stein method for proving a CLT explaining precisely the asymptotical phase transition phenomenon in compressed sensing with gaussian measurements. The readers of Nuit Blanche might also be interested in this research.

Intrinsic volumes of convex sets are natural geometric quantities that also play important roles in applications, such as linear inverse problems with convex constraints, and constrained statistical inference. It is a well-known fact that, given a closed convex cone C⊂Rd, its conic intrinsic volumes determine a probability measure on the finite set {0,1,...d}, customarily denoted by L(VC). The aim of the present paper is to provide a Berry-Esseen bound for the normal approximation of L(VC), implying a general quantitative central limit theorem (CLT) for sequences of (correctly normalised) discrete probability measures of the type L(VCn), n≥1. This bound shows that, in the high-dimensional limit, most conic intrinsic volumes encountered in applications can be approximated by a suitable Gaussian distribution. Our approach is based on a variety of techniques, namely: (1) Steiner formulae for closed convex cones, (2) Stein's method and second order Poincar\'e inequality, (3) concentration estimates, and (4) Fourier analysis. Our results explicitly connect the sharp phase transitions, observed in many regularised linear inverse problems with convex constraints, with the asymptotic Gaussian fluctuations of the intrinsic volumes of the associated descent cones. In particular, our findings complete and further illuminate the recent breakthrough discoveries by Amelunxen, Lotz, McCoy and Tropp (2014) and McCoy and Tropp (2014) about the concentration of conic intrinsic volumes and its connection with threshold phenomena. As an additional outgrowth of our work we develop total variation bounds for normal approximations of the lengths of projections of Gaussian vectors on closed convex sets.