Random Features used as a means of speeding up Kernel Probabilistic Programming: 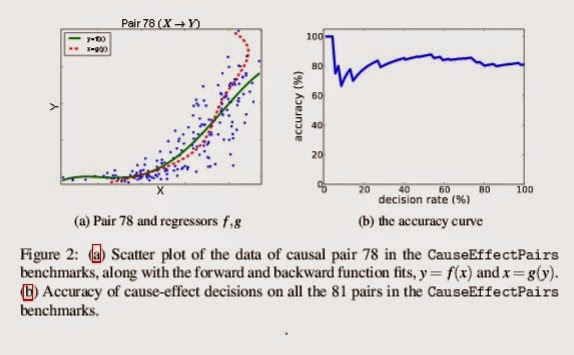 We describe a method to perform functional operations on probability distributions of random variables. The method uses reproducing kernel Hilbert space representations of probability distributions, and it is applicable to all operations which can be applied to points drawn from the respective distributions. We refer to our approach as {\em kernel probabilistic programming}. We illustrate it on synthetic data, and show how it can be used for nonparametric structural equation models, with an application to causal inference.

this is funny ref 34 ( http://www.learning-with-kernels.org/ ) does not lead to the intended site.

A mean function in reproducing kernel Hilbert space, or a kernel mean, is an important part of many applications ranging from kernel principal component analysis to Hilbert-space embedding of distributions. Given finite samples, an empirical average is the standard estimate for the true kernel mean. We show that this estimator can be improved via a well-known phenomenon in statistics called Stein's phenomenon. After consideration, our theoretical analysis reveals the existence of a wide class of estimators that are better than the standard. Focusing on a subset of this class, we propose efficient shrinkage estimators for the kernel mean. Empirical evaluations on several benchmark applications clearly demonstrate that the proposed estimators outperform the standard kernel mean estimator.

Email ThisBlogThis!Share to TwitterShare to FacebookShare to Pinterest
labels: RandomFeatures