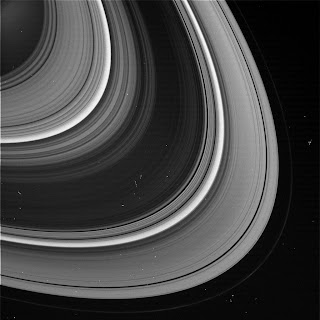 Following up on a previous entry, Valerio Cambareri, a reader of this blog, just received his Bachelor of Engineering in Italy. This corresponds to a level of end of Junior year in the U.S. and Bac + 3 in France. He produced an undergraduate thesis (at the Junior level) on Compressive Sampling. The thesis is entitled:
Conversione Analog-To-Information Tramite Architettura Random Modulation Preintegration
Additional figures can be found here. It is in Italian, but if you have been reading about CS for a while, most of it is understandable. This work is based on a previous paper: Theory and Implementation of an Analog-to-Information Converter using Random Demodulation of Jason Laska, Sami Kirolos, Marco F. Duarte, Tamer Ragheb, Richard Baraniuk and Yehia Massoud. It uses newer solvers to reconstruct the signal.
In other news:

Acoustic tomography aims at recovering the unknown parameters that describe a field of interest by studying the physical characteristics of sound propagating through the considered field. The tomographic approach is appealing in that it is non-invasive and allows to obtain a significantly larger amount of data compared to the classical one-sensor one-measurement setup. It has, however, two major drawbacks which may limit its applicability in a practical setting: the methods by which the tomographic data are acquired and then converted to the field values are computationally intensive and often ill-conditioned. This thesis specifically addresses these two shortcomings by proposing novel acoustic tomography algorithms for signal acquisition and field reconstruction. The first part of our exposition deals with some theoretical aspects of the tomographic sampling problems and associated reconstruction schemes for scalar and vector tomography. We show that the classical time-of-flight measurements are not sufficient for full vector field reconstruction. As a solution, an additional set of measurements is proposed. The main advantage of the proposed set is that it can be directly computed from acoustic measurements. It thus avoids the need for extra measuring devices. We then describe three novel reconstruction methods that are conceptually quite different. The first one is based on quadratic optimization and does not require any a priori information. The second method builds upon the notion of sparsity in order to increase the reconstruction accuracy when little data is available. The third approach views tomographic reconstruction as a parametric estimation problem and solves it using recent sampling results on non-bandlimited signals. The proposed methods are compared and their respective advantages are outlined. The second part of our work is dedicated to the application of the proposed algorithms to three practical problems: breast cancer detection, thermal therapy monitoring, and temperature monitoring in the atmosphere. We address the problem of breast cancer detection by computing a map of sound speed in breast tissue. A noteworthy contribution of this thesis is the development of a signal processing technique that significantly reduces the artifacts that arise in very inhomogeneous and absorbent tissue. Temperature monitoring during thermal therapies is then considered. We show how some of our algorithms allow for an increased spatial resolution and propose ways to reduce the computational complexity. Finally, we demonstrate the feasibility of tomographic temperature monitoring in the atmosphere using a custom-built laboratory-scale experiment. In particular, we discuss various practical aspects
of time-of-flight measurement using cheap, off-the-shelf sensing devices.

hi. u have here interesting cs topics. i am an IT student and trying to look for a thesis topic. if ever you could help me come up with a topic, i would surely appreciate it. thank u.