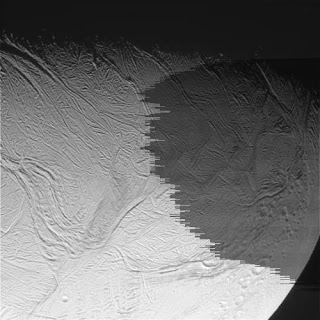 Terry Tao mentions Compressed Sensing in his latest entry on Small samples, and the margin of error. I guess it must have to do with the concept of concentration of measure.

It is well-known that R^N has subspaces of dimension proportional to N on which the l_1 and l_2 norms are uniformly equivalent, but it is unknown how to construct them explicitly. We show that, for any |delta above 0, such a subspace can be generated using only N^(\delta) random bits. This improves over previous constructions of Artstein-Avidan and Milman, and of Lovett and Sodin, which require O(N logN), and O(N) random bits, respectively. Such subspaces are known to also yield error-correcting codes over the reals and compressed sensing matrices. Our subspaces are de¯ned by the kernel of a relatively sparse matrix (with at most N^(\delta) non-zero entries per row), and thus enable compressed sensing in near-linear O(N^(1+\delta) ) time. As in the work of Guruswami, Lee, and Razborov, our construction is the continuous analog of a Tanner code, and makes use of expander graphs to impose a collection of local linear constraints on vectors in the subspace. Our analysis is able to achieve uniform equivalence of the l_1 and l_2 norms (independent of the dimension). It has parallels to iterative decoding of Tanner codes, and leads to an analogous near-linear time algorithm for error-correction over reals.

The SISYPH (Signals, Systems and Physics) research group, at the Physics Department of Ecole Normale Superieure de Lyon, offers a 12-months post doctoral position, starting any time after December, 1st 2008. One of the subject of interestof the group is Compressed Sensing. More information can be found here. This job was added to the CS Job list.
Yves Lucet just released the Computation Convex Analysis Library. The succint description reads:

List of functions available can be found here. Let us note that Scilab can map directly into Matlab.
On top of the abstract, Ping Li also provided a summary to the SODA conference as to how his latest Compressed Counting paper brings new insight:
Our contributions include:

1) Compressed Counting (CC) is the first proposal of using skewed projections in data stream computations. We also show that maximally-skewed projections can achieve the best performance.
2) CC is the first algorithm which captures the intuition that, when $\alpha =1$ a simple counter suffices, and when $\alpha = 1\pm\Delta$ with small $\Delta$, the sample complexity should be low. We show the sample complexity of a proposed estimator $= \frac{G}{\epsilon^2}\log\left(\frac{2}{\delta}\right)$, where $G= O\left(\epsilon\right)$ as $\Delta\rightarrow 0$. In other words, for small $\Delta$, CC has the complexity $=O\left({1}/{\epsilon}\right)$. Previous results only achieved $O\left(1/\epsilon^2\right)$ (even for $\alpha =1$), which in general is expected and can not be improved, according to the central limit theorem.
3) We show, when $\alpha = 1\pm\Delta$, the asymptotic variance of a proposed estimator is $\propto \Delta$. As $\alpha \rightarrow 1$, CC achieves ``an infinite improvement'' over the previous results, in terms of the asymptotic variances.
4) Our results (especially when $\alpha=1\pm\Delta\approx 1$) have important applications. In some situation, $\Delta$ might be interpreted as the ``decay rate'' or ``interest rate,'' which is usually small. The method of moments is popular for statistical inference, which requires computing frequency moments. Also, some important summary statistics such as Renyi entropy and Tsallis entropy are functions of frequency moments and hence CC naturally provides an efficient algorithm to compute them. Very importantly, CC may serve the basic building element for developing other algorithms, for example, approximating the Shannon entropy using Renyi entropy and Tsallis entropy with $\alpha\approx 1$.
4) Our results enrich the fundamental theory of skewed stable distributions.

Talking about Renyi entropy, Jean-Francois Berger provides us with an understanding of the Renyi entropy in 'Possible rationales for Renyi-Tsallis entropy maximization. The abstract of the paper reads:

When sampling signals below the Nyquist rate, efficient and accurate reconstruction is nevertheless possible, whenever the sampling system is well behaved and the signal is well approximated by a sparse vector. This statement has been formalised in the recently developed theory of compressed sensing, which developed conditions on the sampling system and proved the performance of several efficient algorithms for signal reconstruction under these conditions. In this paper, we prove that a very simple and efficient algorithm, known as Iterative Hard Thresholding, has near optimal performance guarantees rivalling those derived for other state of the art approaches.