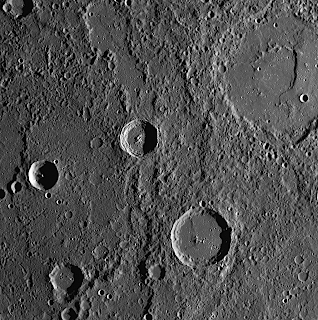 Following last week's entry that mentioned the connection between Random Projections used in CS and the ones used in Dimensionality Reduction based on the Johnson-Lindenstrauss Lemma, Thong Do pointed out to me his recently submitted paper entitled:

Structurally Random Matrices (SRM) are first proposed in [1] as fast and highly efficient measurement operators for large scale compressed sensing applications. Motivated by the bridge between compressed sensing and the Johnson-Lindenstrauss lemma [2] , this paper introduces a related application of SRMs regarding to realizing a fast and highly efficient embedding. In particular, it shows that a SRM is also a promising dimensionality reduction transform that preserves all pairwise distances of high dimensional vectors within an arbitrarily small factor ², provided that the projection dimension is on the order of O(\epsilon^(-2) log^3 N), where N denotes the number of d-dimensional vectors. In other words, SRM can be viewed as the suboptimal Johnson-Lindenstrauss embedding that, however, owns very low computational complexity O(d log d) and highly efficient implementation that uses only O(d) random bits, making it a promising candidate for practical, large scale applications where efficiency and speed of computation are highly critical.

He is also hosting a webpage on the subject of Structurally Random Matrices (SRMs) I am now changing the attendant link of the Big Picture to that page. 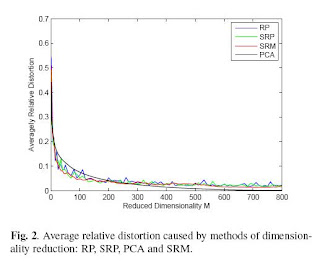 Sariel Har-Peled shows in ex 3.1 of this manuscript on the Johnson-Lindenstrauss lemma that one can also conserve angles as well as distance. Angle preservation was also the subject of interest of Jarvis Haupt and Robert Nowak in A generalized restricted isometry property. One wonders if the SRMs can do the same.

We mentioned SAMP before, Thong Do has released the attendant matlab code of the SAMP algorithm. It is listed in the reconstruction section of the Big Picture.

Credit: NASA/Johns Hopkins University Applied Physics Laboratory/Carnegie Institution of Washington, The First Image After Closest Approach of Fly-By 2 of Messenger at 200 kilometers above the surface, Release Date: October 8, 2008
By Igor at 10/13/2008 01:13:00 AM