Here some of the papers that were presented as posters or orally at the 1st International Workshop on Efficient Methods for Deep Neural Networks at NIPS2016. Most of them consist in how deep learning algorithms can be optimized to fit on silicon architectures. 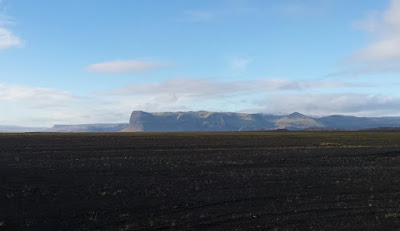 Recently published methods enable training of bitwise neural networks which allow reduced representation of down to a single bit per weight. We present a method that exploits ensemble decisions based on multiple stochastically sampled network models to increase performance figures of bitwise neural networks in terms of classification accuracy at inference. Our experiments with the CIFAR-10 and GTSRB datasets show that the performance of such network ensembles surpasses the performance of the high-precision base model. With this technique we achieve 5.81% best classification error on CIFAR-10 test set using bitwise networks. Concerning inference on embedded systems we evaluate these bitwise networks using a hardware efficient stochastic rounding procedure. Our work contributes to efficient embedded bitwise neural networks.

In object detection, reducing computational cost is as important as improving accuracy for most practical usages. This paper proposes a novel network structure, which is an order of magnitude lighter than other state-of-the-art networks while maintaining the accuracy. Based on the basic principle of more layers with less channels, this new deep neural network minimizes its redundancy by adopting recent innovations including C.ReLU and Inception structure. We also show that this network can be trained efficiently to achieve solid results on well-known object detection benchmarks: 84.9% and 84.2% mAP on VOC2007 and VOC2012 while the required compute is less than 10% of the recent ResNet-101.

Code and models are at: https://github.com/sanghoon/pva-faster-rcnn

Long Short-Term Memory (LSTM) is widely used in speech recognition. In order to achieve higher prediction accuracy, machine learning scientists have built larger and larger models. Such large model is both computation intensive and memory intensive. Deploying such bulky model results in high power consumption and leads to high total cost of ownership (TCO) of a data center. In order to speedup the prediction and make it energy efficient, we first propose a load-balance-aware pruning method that can compress the LSTM model size by 20x (10x from pruning and 2x from quantization) with negligible loss of the prediction accuracy. The pruned model is friendly for parallel processing. Next, we propose scheduler that encodes and partitions the compressed model to each PE for parallelism, and schedule the complicated LSTM data flow. Finally, we design the hardware architecture, named Efficient Speech Recognition Engine (ESE) that works directly on the compressed model. Implemented on Xilinx XCKU060 FPGA running at 200MHz, ESE has a performance of 282 GOPS working directly on the compressed LSTM network, corresponding to 2.52 TOPS on the uncompressed one, and processes a full LSTM for speech recognition with a power dissipation of 41 Watts. Evaluated on the LSTM for speech recognition benchmark, ESE is 43x and 3x faster than Core i7 5930k CPU and Pascal Titan X GPU implementations. It achieves 40x and 11.5x higher energy efficiency compared with the CPU and GPU respectively.

We introduce dropout compaction, a novel method for training feed-forward neural networks which realizes the performance gains of training a large model with dropout regularization, yet extracts a compact neural network for run-time efficiency. In the proposed method, we introduce a sparsity-inducing prior on the per unit dropout retention probability so that the optimizer can effectively prune hidden units during training. By changing the prior hyperparameters, we can control the size of the resulting network. We performed a systematic comparison of dropout compaction and competing methods on several real-world speech recognition tasks and found that dropout compaction achieved comparable accuracy with fewer than 50% of the hidden units, translating to a 2.5x speedup in run-time.

In this paper we introduce a novel method for segmentation that can benefit from general semantics of Convolutional Neural Network (CNN). Our segmentation proposes visually and semantically coherent image segments. We use binary encoding of CNN features to overcome the difficulty of the clustering on the high-dimensional CNN feature space. These binary encoding can be embedded into the CNN as an extra layer at the end of the network. This results in real-time segmentation. To the best of our knowledge our method is the first attempt on general semantic image segmentation using CNN. All the previous papers were limited to few number of category of the images (e.g. PASCAL VOC). Experiments show that our segmentation algorithm outperform the state-of-the-art non-semantic segmentation methods by a large margin.


We propose a new framework for pruning convolutional kernels in neural networks to enable efficient inference, focusing on transfer learning where large and potentially unwieldy pretrained networks are adapted to specialized tasks. We interleave greedy criteria-based pruning with fine-tuning by backpropagation - a computationally efficient procedure that maintains good generalization in the pruned network. We propose a new criterion based on an efficient first-order Taylor expansion to approximate the absolute change in training cost induced by pruning a network component. After normalization, the proposed criterion scales appropriately across all layers of a deep CNN, eliminating the need for per-layer sensitivity analysis. The proposed criterion demonstrates superior performance compared to other criteria, such as the norm of kernel weights or average feature map activation.

The complexity of deep neural network algorithms for hardware implementation can be lowered either by scaling the number of units or reducing the word-length of weights. Both approaches, however, can accompany the performance degradation although many types of research are conducted to relieve this problem. Thus, it is an important question which one, between the network size scaling and the weight quantization, is more effective for hardware optimization. For this study, the performances of fully-connected deep neural networks (FCDNNs) and convolutional neural networks (CNNs) are evaluated while changing the network complexity and the word-length of weights. Based on these experiments, we present the effective compression ratio (ECR) to guide the trade-off between the network size and the precision of weights when the hardware resource is limited.

The omnipresence of deep learning architectures such as deep convolutional neural networks (CNN)s is fueled by the synergistic combination of ever-increasing labeled datasets and specialized hardware. Despite the indisputable success, the reliance on huge amounts of labeled data and specialized hardware can be a limiting factor when approaching new applications. To help alleviating these limitations, we propose an efficient learning strategy for layer-wise unsupervised training of deep CNNs on conventional hardware in acceptable time. Our proposed strategy consists of randomly convexifying the reconstruction contractive auto-encoding (RCAE) learning objective and solving the resulting large-scale convex minimization problem in the frequency domain via coordinate descent (CD). The main advantages of our proposed learning strategy are: (1) single tunable optimization parameter; (2) fast and guaranteed convergence; (3) possibilities for full parallelization. Numerical experiments show that our proposed learning strategy scales (in the worst case) linearly with image size, number of filters and filter size.

Word2vec is a widely used algorithm for extracting low-dimensional vector representations of words. State-of-the-art algorithms including those by Mikolov et al. have been parallelized for multi-core CPU architectures, but are based on vector-vector operations with "Hogwild" updates that are memory-bandwidth intensive and do not efficiently use computational resources. In this paper, we propose "HogBatch" by improving reuse of various data structures in the algorithm through the use of minibatching and negative sample sharing, hence allowing us to express the problem using matrix multiply operations. We also explore different techniques to distribute word2vec computation across nodes in a compute cluster, and demonstrate good strong scalability up to 32 nodes. The new algorithm is particularly suitable for modern multi-core/many-core architectures, especially Intel's latest Knights Landing processors, and allows us to scale up the computation near linearly across cores and nodes, and process hundreds of millions of words per second, which is the fastest word2vec implementation to the best of our knowledge.

Liked this entry ? subscribe to Nuit Blanche's feed, there's more where that came from. You can also subscribe to Nuit Blanche by Email, explore the Big Picture in Compressive Sensing or the Matrix Factorization Jungle and join the conversations on compressive sensing, advanced matrix factorization and calibration issues on Linkedin.
By Igor at 12/20/2016 04:40:00 PM