Approximating Kernels at the Speed of Light

It could be one of those Hamming's time blog entries, except it's not. There will be some announcements about this in the coming future. In the meantime and without further ado, here is the preprint: 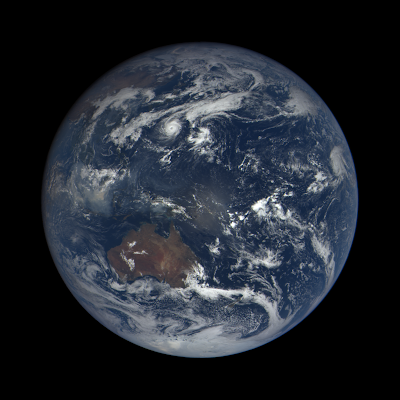 Random projections have proven extremely useful in many signal processing and machine learning applications. However, they often require either to store a very large random matrix, or to use a different, structured matrix to reduce the computational and memory costs. Here, we overcome this difficulty by proposing an analog, optical device, that performs the random projections literally at the speed of light without having to store any matrix in memory. This is achieved using the physical properties of multiple coherent scattering of coherent light in random media. We use this device on a simple task of classification with a kernel machine, and we show that, on the MNIST database, the experimental results closely match the theoretical performance of the corresponding kernel. This framework can help make kernel methods practical for applications that have large training sets and/or require real-time prediction. We discuss possible extensions of the method in terms of a class of kernels, speed, memory consumption and different problems.

Some of my co-authors ( sylvain Gigan, Laurent Daudet, Alaa Saade , Krzakala Florent ) mentioned the news of the preprint on their twitter feed:


Need fast random projections for your favorite machine learning algorithm? We made them (literally) at the speed of light! arXiv:1510.06664

Liked this entry ? subscribe to Nuit Blanche's feed, there's more where that came from. You can also subscribe to Nuit Blanche by Email, explore the Big Picture in Compressive Sensing or the Matrix Factorization Jungle and join the conversations on compressive sensing, advanced matrix factorization and calibration issues on Linkedin.
By Igor at 10/23/2015 10:23:00 AM