Around the Blogs in 80 hours compressive sensing and more. [updated] 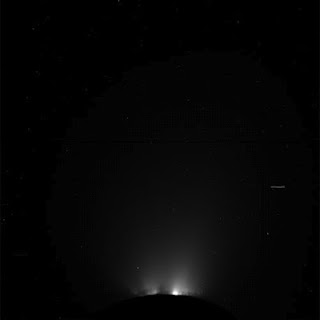 Masaaki Nagahara has started a new blog called Welcome to My Sparse Land while Dick's Regularize now is a year old. I really believe that as Dick Hamming was saying, this is one of the ways to build compound interest. You may recall the beauty of a blog

* Dustin talks about Achieving the Welch Bound With Difference Sets and its importance to compressive sensing and eventually number theory.
* Sergey has found some interesting arxiv papers.
* Bob has more experiments with MOD, and some other Experiments with Multiscale Scattering for Music Genre Classification
* Anna is invited to give a talk at University of Chicago Undergraduate Lecture Series in Mathematics:the titled of the talks are: Group Testing: Magic Tricks and Fun Experiments  and  What’s the Frequency, Kenneth?: A Survey of Fourier Sampling Algorithms. Interesting titles, I wish I could be at those presentations, any magic tricks, I wanna see. Anna also mentions the upcoming Michigan 2012 SPARC workshop

Following on the success of our first Coding, Complexity, and Sparsity Workshop, we’re holding the second such workshop July 30 – August 2, 2012 in Ann Arbor, Michigan.
Efficient and effective transmission, storage, and retrieval of information on a large-scale are among the core technical problems in the modern digital revolution. The massive volume of data necessitates the quest for mathematical and algorithmic methods for efficiently describing, summarizing, synthesizing, and, increasingly more critical, deciding when and how to discard data before storing or transmitting it. Such methods have been developed in two areas: coding theory, and sparse approximation (SA) (and its variants called compressive sensing (CS) and streaming algorithms).
Coding theory and computational complexity are both well established fields that enjoy fruitful interactions with one another. On the other hand, while significant progress on the SA/CS problem has been made, much of that progress is concentrated on the feasibility of the problems, including a number of algorithmic innovations that leverage coding theory techniques, but a systematic computational complexity treatment of these problems is sorely lacking. The workshop organizers aim to develop a general computational theory of SA and CS (as well as related areas such as group testing) and its relationship to coding theory. This goal can be achieved only by bringing together researchers from a variety of areas. We will have several tutorial lectures that will be directed to graduate students and postdocs, as well as a poster session for students and postdocs.
For more information, click here.
There is funding available for students and postdocs to attend the workshop thanks to support from the NSF and the Departments of Mathematics and Computer Science at the University of Michigan.

* Thomas has a photo of his group's random demodulator
* I just mentioned some of the papers at ICML that might be of interest to subjects areas reads here. John Langford, one of the organizer of the meeting mentions on his blog the following interesting tidbit on the bidding part of the process:

Imputing Missing Bids
CMT assumes that the reviewers are not willing to review a paper unless stated otherwise. It does not differentiate between an unseen (but potentially relevant) paper and a paper that has been seen and ignored. This is a real shortcoming when it comes to matching papers to reviewers, especially for those reviewers that did not bid often. To mitigate this problem, we used the click information on the shortlist presented to the reviewers to find out which papers have been observed and ignored. We then impute these cases as real non-willing bids.
Around 30 reviewers did not provide any bids (and many had only a few). This is problematic because the tools used to do the actual reviewer-paper matching tend to assign the papers without any bids to the reviewers who did not bid, regardless of the match in expertise.
Once the bidding information was in and imputation was done, we now had to fill in the rest of the paper-reviewer bidding matrix to mitigate the problem with sparse bidders. This was done, once again, through TMS, but this time using a supervised learning approach.
Using supervised learning was more delicate than expected. To deal with the wildly varying number of bids per person, we imputed zero bids, first from papers that were plausibly skipped over, and if necessary at random from papers not bid on such that each person had the same expected bid in the dataset. From this dataset, we held out a random bid per person, and then trained to predict well the heldout bid. Most optimization approaches performed poorly due to the number of features greatly exceeding the number of labels. The best approach we found used the online algorithms in Vowpal Wabbit with a mass personalized training method similar to the one discussed here. This trained predictor was used to predict bid values for the full paper-reviewer bid matrix.

wow, using Vowpal Wabbit to queue in humans to have them review papers that did not get bids, there is something strangely recursive here going on here at a meta-level.
* After Muthu talked at the #berkeleystreaming meeting (see his video here) and eventually had dinner with some of the astronomers
* Danny has some GraphLab news.
* Laurent mentions Ternary/trinary logic: bricks and trytes
* Djalil has a blog entries on Simulating discrete probability laws and on Generating uniform random partitions

* Mike mentions that there is a Kickstarter project to get Octave on Android, see more information here..
* Felix invites us to check his lab's new website
* Brian points to a build your own Kinect project. using structured illumination
* The Kinect Hacks blog mentions the Gesture Recognition Demo Competition at CVPR 2012