When writing this entry on the difficulty of displaying data when diagnosing Autism at age 2, I did not expect such a large number of people putting their minds into making the graphs better. Andrew Gelman and Masanao Yajima made a challenge out of it. It got picked up by the folks at JunkCharts, EagerEyes.org, and at Perceptual edge and much brain computing cycle went into this Challenge. Previously, I had already stated that I thought Autism was a Grand Challenge and this is in no small part because the diagnosis phase is not early enough, not accurate enough and sometimes not useful enough.
Eventually, one cannot even devise clinical trials for drug development until some of these tests are better refined. The figures entered as part of the Challenge can be seen in full scale here: 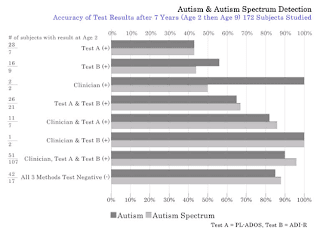 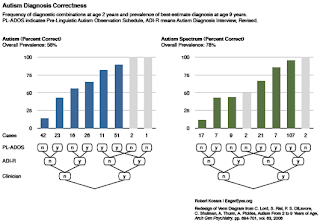 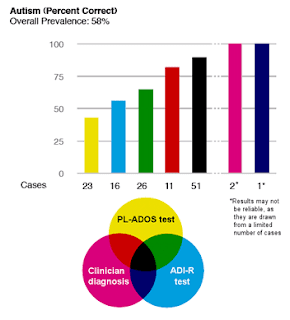 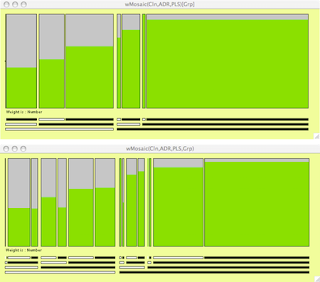 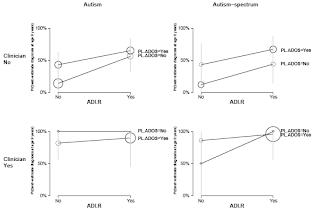 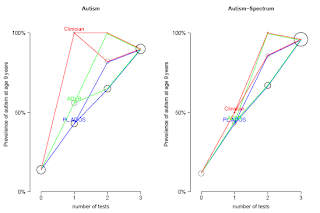 Well thank you for the challenge! There is more I wanted to do with this data, but I just haven't found the time to do it yet. I'm thinking that the false positives vs. false negatives would be interesting to investigate further, because I don't feel we have really gotten to the bottom of that yet. But we have shown that there are a lot of much better alternatives to the Venn diagram ;)

You do plan to submit these back to the original paper author, right?

I have mentioned the challenge to Catherine Lord but I have not heard back from her. But I intend on pressing this issue as she has gathered additional data since that paper was published.