Ah! here comes the Tsunami. Multispectral was fine and back in 2007 we already noted that hyperspectral imaging (Hyperion on EO-1) overloaded distribution channels such as TDRSS, (thereby elevating the issue of Making Hyperspectral Imaging Mainstream ). Just imagine what can be done if instead of 10 or 200 spectral bands, you could get 1000 spectral bands on a CubeSat ? We may not be far from this reality according to today's entry, woohoo ! 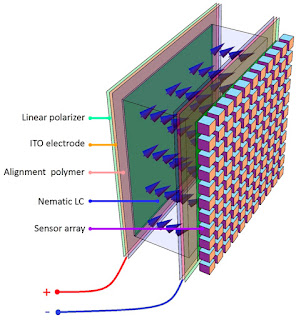 
Spectroscopic imaging has been proved to be an effective tool for many applications in a variety of fields, such as biology, medicine, agriculture, remote sensing and industrial process inspection. However, due to the demand for high spectral and spatial resolution it became extremely challenging to design and implement such systems in a miniaturized and cost effective manner. Using a Compressive Sensing (CS) setup based on a single variable Liquid Crystal (LC) retarder and a sensor array, we present an innovative Miniature Ultra-Spectral Imaging (MUSI) system. The LC retarder acts as a compact wide band spectral modulator. Within the framework of CS, a sequence of spectrally modulated images is used to recover ultra-spectral image cubes. Using the presented compressive MUSI system, we demonstrate the reconstruction of gigapixel spatio-spectral image cubes from spectral scanning shots numbering an order of magnitude less than would be required using conventional systems.


and yes, there is also the issue of Making Hyperspectral Imaging Mainstream