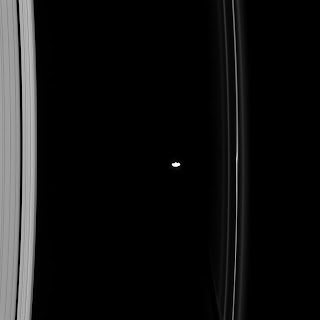 Aleks Jakulin alerts us to the fact ( in Netflix Prize scoring function isn't Bayesian ) that with examples like Napoleon Dynamite, the grading system used by Netflix is throwing all the nice recommending systems off. This doesn't stop Shiqian Ma, Donald Goldfarb, Lifeng Chen from trying to improve the current approaches to nuclear norm minimization instead of rank minimization in the same spirit as minimizing the l_1 norm instead of the l_o norm in traditional compressed sensing. Their paper is entitled: Fixed point and Bregman iterative methods for matrix rank minimization. The abstract reads:

A Bayesian approach is adopted for linear regression, and a fast algorithm is given for updating posterior probabilities. Emphasis is given to the underdetermined and sparse case, i.e., fewer observations than regression coefficients and the belief that only a few regression coefficients are non-zero. The fast update allows for a low-complexity method of reporting a set of models with high posterior probability and their exact posterior odds. As a byproduct, this Bayesian model averaged approach yields the minimum mean squared error estimate of unknown coefficients. Algorithm complexity is linear in the number of unknown coefficients, the number of observations and the number of nonzero coefficients. For the case in which hyperparameters are unknown, a maximum likelihood estimate is found by a generalized expectation maximization algorithm.

An ideal image segmentation algorithm could be applied to the segmentation of objects (e.g., tissue classes) without any adjustment for image acquisition device or application. However, a general-purpose, multiway segmentation of objects in an image/volume remains a challenging problem. In this talk, I will describe a recently developed approach to this problem this has been successful in several Siemens products. This segmentation approach inputs a few labeled points from a user (e.g., from mouse clicks) and produces a segmentation by computing the probabilities that a random walker leaving unlabeled pixels/voxels will first strike the labeled set. These probabilities may be computed analytically and deterministically by noting the exact mathematical equivalence with a combinatorial Laplace equation. The solution of the combinatorial Laplace equation admits interpretation of the algorithm as a steady-state electrical circuit simulation or as a minimization of the Dirichlet energy. Going beyond the segmentation problem, we may employ this energy minimization interpretation to minimize the p-norm of the spatial gradient of any function over neighboring pixels. By setting p=0 (i.e., maximizing sparsity), I will
show how we can also apply this energy minimization algorithm to image reconstruction for compressed sensing. Although compressed sensing and image segmentation appear to be very different problems, the conclusion of this work is that a common energy minimization approach may used to produce very good results for both problems.

I like the fact that there is a mention of an actual implementation of an l_1 minimzation in actual working products.
[ Update: Leo just corrected me, the inclusion in Hardware is not the CS part. Furthermore, p=0 is a give away that says he is more interested in solving an l_0 problem than an l_1 one. I screwed up on this one! ]
These events have been added to the calendar.
Credit: NASA/JPL/Space Science Institute, Prometheus Brings Change to the F Ring
By Igor at 11/26/2008 01:06:00 AM