I had a great conversation the day before yesterday with Frank Nielsen and Ramesh Raskar. More on that later, in the meantime, I was also directed to the new arxiv preprint entitled : 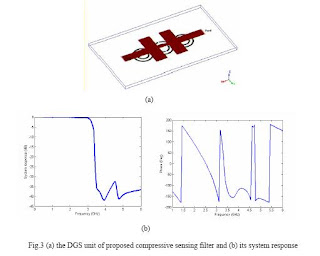 I understand from talking to Lianlin Li that there will be several iterations of this very interesting manuscript. The technique itself reminds me very much of an early paper by Joel Tropp, Michael Wakin, Marco Duarte, Dror Baron, and Richard Baraniuk entitled Random Filters For Compressive Sampling And Reconstruction. The reason that paper got my interest was when I first read the following sentence:

At first glance, one might think this method would convert a signal into garbage.

You don't often see that type of assessment in publications :-)

The paper by Lianlin Li also reminds me of a previous paper Vladimir Ignatovich and I wrote on multilayer systems a while back. Maybe I should look into it....hmmm...Anyway, I very much like the fact that they mention that..

..the ionosphere can be looked as the natural compressive sensing measurement system.

If there is a way to figure out the layering in the atmosphere then I think it would end up being a very nice remote sensing mechanism not unlike what Ivana Jovanovic does in her Ph.D thesis entitled Inverse problems in acoustic tomography (mentioned here).
By Igor at 11/21/2008 02:53:00 AM