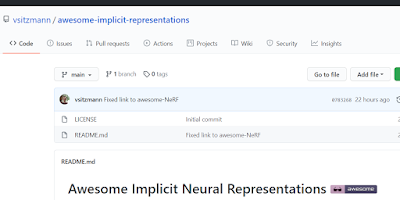 Liked this entry ? subscribe to Nuit Blanche's feed, there's more where that came from. You can also subscribe to Nuit Blanche by Email.
Other links:
Paris Machine Learning: Meetup.com||@Archives||LinkedIn||Facebook|| @ParisMLGroup About LightOn: Newsletter ||@LightOnIO|| on LinkedIn || on CrunchBase || our Blog
About myself: LightOn || Google Scholar || LinkedIn ||@IgorCarron ||Homepage||ArXiv
By Igor at 12/29/2020 10:42:00 AM