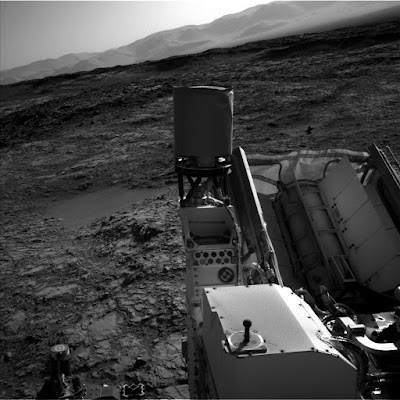 The use of distributions and high-level features from deep architecture has become commonplace in modern computer vision. Both of these methodologies have separately achieved a great deal of success in many computer vision tasks. However, there has been little work attempting to leverage the power of these to methodologies jointly. To this end, this paper presents the Deep Mean Maps (DMMs) framework, a novel family of methods to non-parametrically represent distributions of features in convolutional neural network models.
DMMs are able to both classify images using the distribution of top-level features, and to tune the top-level features for performing this task. We show how to implement DMMs using a special mean map layer composed of typical CNN operations, making both forward and backward propagation simple.
We illustrate the efficacy of DMMs at analyzing distributional patterns in image data in a synthetic data experiment. We also show that we extending existing deep architectures with DMMs improves the performance of existing CNNs on several challenging real-world datasets.

Kernel Canonical correlation analysis (KCCA) is a fundamental method with broad applicability in statistics and machine learning. Although there exist closed-form solution to the KCCA objective by solving an $N\times N$ eigenvalue system where $N$ is the training set size, the computational requirements of this approach in both memory and time prohibit its usage in the large scale. Various approximation techniques have been developed for KCCA. A recently proposed approach is to first transform original inputs to a $M$-dimensional feature space using random kitchen sinks so that inner product in the feature space approximates the kernel function, and then apply linear CCA to the transformed inputs. In challenging applications, however, the dimensionality $M$ of the feature space may need to be very large in order to reveal the nonlinear correlations, and then it becomes non-trivial to solve linear CCA for data matrices of very high dimensionality. We propose to use the recently proposed stochastic optimization algorithm for linear CCA and its neural-network extension to further alleviate the computation requirements of approximate KCCA. This approach allows us to run approximate KCCA on a speech dataset with $1.4$ million training samples and random feature space of dimensionality $M=100000$ on a normal workstation.

We present a scalable Gaussian process model for identifying and characterizing smooth multidimensional changepoints, and automatically learning changes in expressive covariance structure. We use Random Kitchen Sink features to flexibly define a change surface in combination with expressive spectral mixture kernels to capture the complex statistical structure. Finally, through the use of novel methods for additive non-separable kernels, we can scale the model to large datasets. We demonstrate the model on numerical and real world data, including a large spatio-temporal disease dataset where we identify previously unknown heterogeneous changes in space and time.

Big Data streams are being generated in a faster, bigger, and more commonplace. In this scenario, Hoeffding Trees are an established method for classification. Several extensions exist, including high-performing ensemble setups such as online and leveraging bagging. Also, $k$-nearest neighbors is a popular choice, with most extensions dealing with the inherent performance limitations over a potentially-infinite stream.
At the same time, gradient descent methods are becoming increasingly popular, owing in part to the successes of deep learning. Although deep neural networks can learn incrementally, they have so far proved too sensitive to hyper-parameter options and initial conditions to be considered an effective `off-the-shelf' data-streams solution.
In this work, we look at combinations of Hoeffding-trees, nearest neighbour, and gradient descent methods with a streaming preprocessing approach in the form of a random feature functions filter for additional predictive power.
We further extend the investigation to implementing methods on GPUs, which we test on some large real-world datasets, and show the benefits of using GPUs for data-stream learning due to their high scalability.
Our empirical evaluation yields positive results for the novel approaches that we experiment with, highlighting important issues, and shed light on promising future directions in approaches to data-stream classification.

We investigate the problem of learning representations that are invariant to certain nuisance or sensitive factors of variation in the data while retaining as much of the remaining information as possible. Our model is based on a variational autoencoding architecture with priors that encourage independence between sensitive and latent factors of variation. Any subsequent processing, such as classification, can then be performed on this purged latent representation. To remove any remaining dependencies we incorporate an additional penalty term based on the "Maximum Mean Discrepancy" (MMD) measure. We discuss how these architectures can be efficiently trained on data and show in experiments that this method is more effective than previous work in removing unwanted sources of variation while maintaining informative latent representations.

We propose an efficient nonparametric strategy for learning a message operator in expectation propagation (EP), which takes as input the set of incoming messages to a factor node, and produces an outgoing message as output. This learned operator replaces the multivariate integral required in classical EP, which may not have an analytic expression. We use kernel-based regression, which is trained on a set of probability distributions representing the incoming messages, and the associated outgoing messages. The kernel approach has two main advantages: first, it is fast, as it is implemented using a novel two-layer random feature representation of the input message distributions; second, it has principled uncertainty estimates, and can be cheaply updated online, meaning it can request and incorporate new training data when it encounters inputs on which it is uncertain. In experiments, our approach is able to solve learning problems where a single message operator is required for multiple, substantially different data sets (logistic regression for a variety of classification problems), where the ability to accurately assess uncertainty and to efficiently and robustly update the message operator are essential.

We introduce a framework and early results for massively scalable Gaussian processes (MSGP), significantly extending the KISS-GP approach of Wilson and Nickisch (2015). The MSGP framework enables the use of Gaussian processes (GPs) on billions of datapoints, without requiring distributed inference, or severe assumptions. In particular, MSGP reduces the standard $O(n^3)$ complexity of GP learning and inference to $O(n)$, and the standard $O(n^2)$ complexity per test point prediction to $O(1)$. MSGP involves 1) decomposing covariance matrices as Kronecker products of Toeplitz matrices approximated by circulant matrices. This multi-level circulant approximation allows one to unify the orthogonal computational benefits of fast Kronecker and Toeplitz approaches, and is significantly faster than either approach in isolation; 2) local kernel interpolation and inducing points to allow for arbitrarily located data inputs, and $O(1)$ test time predictions; 3) exploiting block-Toeplitz Toeplitz-block structure (BTTB), which enables fast inference and learning when multidimensional Kronecker structure is not present; and 4) projections of the input space to flexibly model correlated inputs and high dimensional data. The ability to handle many ($m \approx n$) inducing points allows for near-exact accuracy and large scale kernel learning.

Standard Gaussian Process (GP) regression, a powerful machine learning tool, is computationally expensive when it is applied to large datasets, and potentially inaccurate when data points are sparsely distributed in a high-dimensional feature space. To address these challenges, a new multiscale, sparsified GP algorithm is formulated, with the goal of application to large scientific computing datasets. In this approach, the data is partitioned into clusters and the cluster centers are used to define a reduced training set, resulting in an improvement over standard GPs in terms of training and evaluation costs. Further, a hierarchical technique is used to adaptively map the local covariance representation to the underlying sparsity of the feature space, leading to improved prediction accuracy when the data distribution is highly non-uniform. A theoretical investigation of the computational complexity of the algorithm is presented. The efficacy of this method is then demonstrated on simple analytical functions and on data from a direct numerical simulation of turbulent combustion.

Extreme classification problems are multiclass and multilabel classification problems where the number of outputs is so large that straightforward strategies are neither statistically nor computationally viable. One strategy for dealing with the computational burden is via a tree decomposition of the output space. While this typically leads to training and inference that scales sublinearly with the number of outputs, it also results in reduced statistical performance. In this work, we identify two shortcomings of tree decomposition methods, and describe two heuristic mitigations. We compose these with a novel eigenvalue technique for constructing the tree which is essentially hierarchical orthonormal partial least squares. The end result is a computationally efficient algorithm that provides good statistical performance on several extreme data sets.

Liked this entry ? subscribe to Nuit Blanche's feed, there's more where that came from. You can also subscribe to Nuit Blanche by Email, explore the Big Picture in Compressive Sensing or the Matrix Factorization Jungle and join the conversations on compressive sensing, advanced matrix factorization and calibration issues on Linkedin.
By Igor at 11/20/2015 12:00:00 AM