The first ever Robust PCA applied in Imaging

One of the first ever analog Robust PCA applied in imaging happened in 1838 as Louis Daguerre took this photo. From wikipedia:


"Boulevard du Temple", taken by Daguerre in 1838 in Paris, includes the earliest known candid photograph of a person. The image shows a street, but because of the over ten-minute exposure time the moving traffic does not appear. At the lower left, however, a man apparently having his boots polished, and the bootblack polishing them, were motionless enough for their images to be captured. 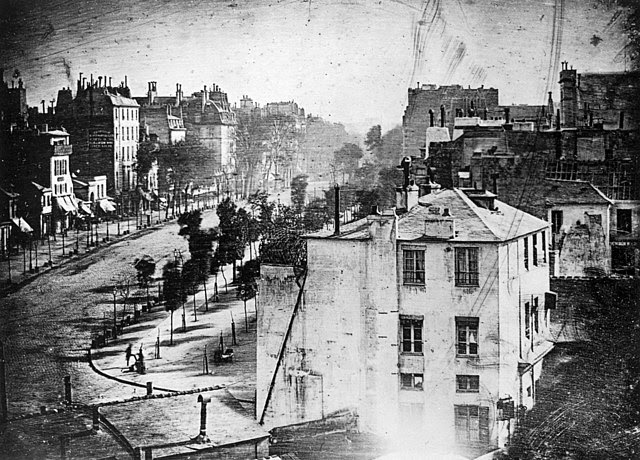 Liked this entry ? subscribe to Nuit Blanche's feed, there's more where that came from. You can also subscribe to Nuit Blanche by Email, explore the Big Picture in Compressive Sensing or the Matrix Factorization Jungle and join the conversations on compressive sensing, advanced matrix factorization and calibration issues on Linkedin.
By Igor at 11/08/2014 10:35:00 AM