Le Gout des Autres - The Taste of Others 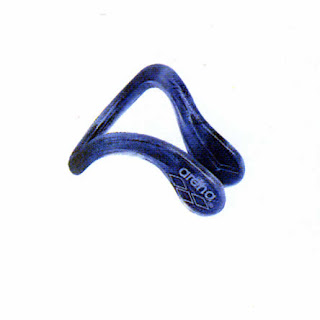 Sometimes, I don't write entries on Compressive Sensing. This is one of these occurences. Since mid-December, I have lost about nineteen pounds (8.5 kg) by following some of the results of the self-experimentation of Seth Roberts, a professor at Berkeley (you need to read his fascinating blog here). What did it take to do this ? For me, just one thing: a $4 nose clip that I put on my nose every time I eat. That's it. No exercise. I eat what I usually eat although now in a rather lower amount (not because I am starving myself but because I feel full earlier). At the start of this trial, the weight loss was pretty steep. Since putting a nose clip has some social cost I lose it when I eat out with friends or through the Christmas period. The underlying theory given by Seth is that we are not wired for food developed in the past fifty years (lots of what we eat is highly processed and engineered for one purpose: to be eaten) . By decoupling the food intake with its smell, our brain is less capable in determining whether that intake should be stored or not. Anyway, I can now see abs that I had not seen for the past twenty years. Which brings me to this other 20 year old find: I was going through my stuff and found the first e-mail I ever received from France. It's a response to an e-mail I had sent a friend. Enjoy:

Students' acounts do not have access to international or even national E-mail...
Thank you for not overloading the network.

You're just clipping your nose when you eat? Not doing any of that nausea-inducing (for me, anyway) oil drinking?

Nope. No oil drinking. I may get to that stage if I want to get to a level that I cannot reach with the nose clip. But that will be a new self experiment. I will dwelve in my nose clip experiment this week-end on the blog. stay tuned.