CS: DNA Microarrays, Random Convolution, Counting Faces, Bakground Substraction, How to not do RIP, Remote Sensing, a code and a video 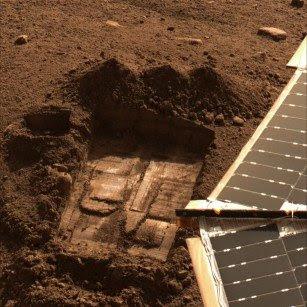 In the past fifteen days, we discovered water and perchlorate salts on Mars and the following papers have appeared on the net and on the Rice Compressive Sensing page, I am listing the ones I have not fully covered before:


Also I found this on the internets:

. by himself and Ming-Jun Lai. The code is here. It is also listed in the Big Picture reconstruction section now.

There was a discussion on RIP a while back on this blog, and Alexandre d'Aspremont promised some type of results. It looks this is the beginning of this process in Testing the Nullspace Property using Semidefinite Programming by Alexandre d'Aspremont and Laurent El Ghaoui. The abstract reads:

Recent results in compressed sensing show that, under certain conditions, the sparsest solution to an underdetermined set of linear equations can be recovered by solving a linear program. These results rely on nullspace properties of the system matrix. So far, no tractable algorithm is known to test these conditions and most current results rely on asymptotic properties of sparse eigenvalues of random matrices. Given a matrix A, we use semidefinite relaxation techniques to test the nullspace property on A and show on some numerical examples that these relaxation bounds can prove perfect recovery of sparse solutions with relatively high cardinality.

Finally a video made at ITA 08 on "A short Introduction to Compressed Sensing" by Emmanuel Candes, can be watched at scivee.tv.