Compressed Sensing: A Lower Bound for the Number of Measurements in Sparse Measurement Matrices ? 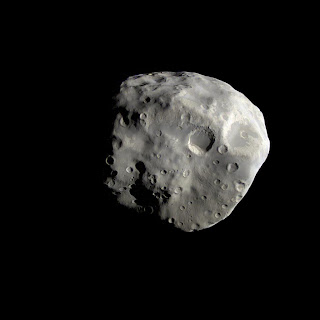 [Update: see the comment section of this post, Radu Berinde mentions that the bound I am mentioning is satisfied with high probability. Thank you Radu]

Conversely, the number of measurements (n) must be enough for the inequality to stand.

a positive integer and

If I did the variable change correctly, the lower bound of this inequality translates into:

m less than 1/1024 n^ 5
in other words
the signal size must be less than the fifth power of the number of measurements up to a constant
So that for a 5 MB image of dimension, the number of measurements must roughly be superior to 88 (in fact the number must be superior to 107). For some cases, this number is clearly above the intrinsic dimension of the dataset and one wonders whether it is wise to oversample compared to a Gaussian Random Matrix approach (which would require 2K+1 measurements where K is the intrinsic dimension of the signal). On the other hand, these 88 sparse samples do not require the huge memory overhead needed to store the Gaussian Matrix. Clearly one needs to investigate a sweet spot for small sized signals. I have included this condition in the function Sparse Measurement Matrix implemented here.

Also, and it is relevant to people thinking about Hardware implementations, the measurements itself can be extremely sparse (all zeros) or extremely full (all ones). The sparsity of these matrices is driven through a number of non-zeros elements by columns not rows.
Finally, in regards to a previous question, the sparsity structure of this measurement matrices can used by most current solvers through the use of a function handle. A minor point remains as to whether the actual solvers could not be further designed with the sparsity structure in mind.

Photo Credit: NASA/JPL/Space Science Institute, The Cassini spacecraft's close flyby of Epimetheus (116 kilometers, or 72 miles across) on December 3, 2007 returned detailed images of the moon's south polar region.
By Igor at 1/22/2008 02:38:00 AM

The number of ones per column is not a constant; it grows proportionally with log(n/m), where n = size of signal, m = number of measurements. Still, the matrix is very sparse, n*log non-zero values vs n*m values.

"The structure of the matrix requires that the matrix be built in full before using it."

Why is that? Each column is created independently. You do not need to check if any lines are empty - the probability of this happening is very low with correct parameters - each line has on average n*d/m ones, where d is the number of ones per column.

Also, Gaussian random matrices need K*log(N/K) measurements, where K is the sparsity (intrinsic dimension), and N is the dimension of the signal.
You cannot help the logarithmic factor; intuitively (and ignoring bits vs reals), if K = 1, you need at least log(N) bits to be able to store the position of the non-zero value of the N dimensional vector (otherwise you can't recover it); in general you need K*log(N) bits just to store these positions.

Thank you very much for your comment. Let me answer one by one each of your remarks.

".. The number of ones per column is not a constant; it grows proportionally with log(n/m).."

I am using your text:

"...A binary sparse matrix of m rows and n columns is generated in the following way: for each
column, d random values between 1 and m are generated, and 1′s are placed in that column, in rows
corresponding to the d numbers. If the d numbers are not distinct, the generation for the column
is repeated until they are (this is not really an issue when d much less than m)..."

If I understand this correctly, the number of ones is constant per column and it is equal to d. Please let me know if I misunderstood the paper.

"...."The structure of the matrix requires that the matrix be built in full before using it."

Why is that? Each column is created independently...."

so it looks like there is indeed a constant number of ones per column and it is d.

3) I agree with you on your second comment. But do you also agree with me that there is an obvious limit that can be quantified which puts a direct requirement on the number of samples. While O(Klog(N/K) measurements is a "sharp" bound, do you agree there may be situation may where the more obvious requirement (mentioned in the post) needs to be fulfilled when constructing the matrix ?

Again thank you for helping me better understand this.

1) d is a parameter; you can think of it as a constant once you know your n and m. The proofs in the paper only go through for d (somewhat) proportional to the logarithm of n (see Claim 1 in Section 2).

2) I understand your point. I am not sure about this, but it might be that in practice you would get similar results by simply generating a random binary sparse matrix with probability of each element being 1 equal to n*d/m. We make no claims about such a matrix, it's just an idea.

3) I might not be understanding your question exactly; as long as m is large enough as per the O(Klog(N/K)) requirement, and you set d to the proper value, the requirement you mention is fulfilled with high probability. For very small values of m, the matrix might not be so sparse anymore though. Of course there is a limit to how small m can be (before the whole matrix contains ones), but that is not interesting in practice (you can just use Gaussians for such small m).

Another way to see this is thinking that the total number of ones in the matrix is not very dependent on m; the matrix will always have about n*log non-zero elements. Thus, for biger m the matrix is sparser than for smaller m.

Ok, we are converging. At least I am.

On your point 1). Yes, d is a parameter and therefore is a constant and Yes it must scale as K*log(N/K) in order to allow for the reconstruction of the whole signal.

Thanks for pointing out my omission about the scaling of d. I need to correct that.

I'm being curious to the structure of Berinde's Sparse Measurement Matrix(MM).
Infact, I try to using sprand function in MATLAB to test l1-magic for 1D sparse signal and the result is done well although the performance is weaker with the same of number sensing.

I would like to know this generative process is similar to construction of your MM ?

you ought to look at the matlab code for Berinde's matrix and see how it differs from the matlab matrix. The main difference is the specific number of non zeros element per columns (whereas there is no such constraint in the matlab function). Please recall that it may work for this matlab function but:
- it may not work mos tof the time (only 90% of the time instead of 99.999999%)
- there is no theory behind it for the moment.