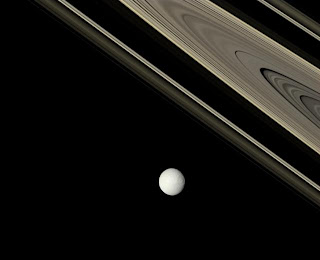 Recently, I mentioned a paper on Efficient and Stable Acoustic Tomography Using Sparse Reconstruction Methods by Ivan Jovanović, Ali Hormati, Luciano Sbaiz and Martin Vetterli. It is now here. They solve an inverse problem finding a temperature profile by an inference from the speed of sound. In effect they solve an integral equation like Richard Baraniuk and Philippe Steeghs in Compressive radar imaging and Lawrence Carin, Dehong Liu and Ya Xue in In Situ Compressive Sensing

Thomas Blumensath and Mike Davies, Sampling theorems for signals from the union of linear subspaces.
The abstract reads

Compressed sensing is an emerging signal acquisition technique that enables signals to be sampled well below the Nyquist rate, given that the signal has a sparse representation in an orthonormal basis. In fact, sparsity in an orthonormal basis is only one possible signal model that allows for sampling strategies below the Nyquist rate. In this paper we consider a more general signal model and assume signals that live on or close to the union of linear subspaces of low dimension. We present sampling theorems for this model that are in the same spirit as the Nyquist-Shannon sampling theorem in that they connect the number of required samples to certain model parameters. Contrary to the Nyquist-Shannon sampling theorem, which gives a necessary and sufficient condition for the number of required samples as well as a simple linear algorithm for signal reconstruction, the model studied here is more complex. We therefore concentrate on two aspects of the signal model, the existence of one to one maps to lower dimensional observation spaces and the smoothness of the inverse map. We show that almost all linear maps are one to one when the observation space is at least twice the dimension of the largest subspace in the union of subspaces. However, we also show that in order for the inverse map to have certain smoothness properties such as a given finite Lipschitz constant, the required observation dimension necessarily depends on the number of subspaces in the signal model. These results are then applied to two examples, the standard compressed sensing signal model in which the signal has a sparse representation in an orthonormal basis and to a sparse signal model with additional tree structure.

This paper studies a fundamental problem that arises in sparse representation and compressed sensing community: can greedy algorithms give us a stable recovery from incomplete and contaminated observations ? Using the Regularized Orthogonal Matching Pursuit (ROMP) algorithm, a modified version of Orthogonal Matching Pursuit (OMP) [1], which was recently introduced by Deanna Needell and Roman Vershynin [ref: Signal recovery from incomplete and inaccurate measurements via Regularized Orthogonal Matching Pursuit ], we assert that ROMP is stable and guarantees approximate recovery of non-sparse signals, as good as the Basis Pursuit algorithm [16]. We also will set up criterions at which the algorithm halts, and the upper bounds for the reconstructed error. It will be proved in the paper that these upper bounds are proportional to the noise energy.